The Lives of Detainees in Alternative Places of Detention 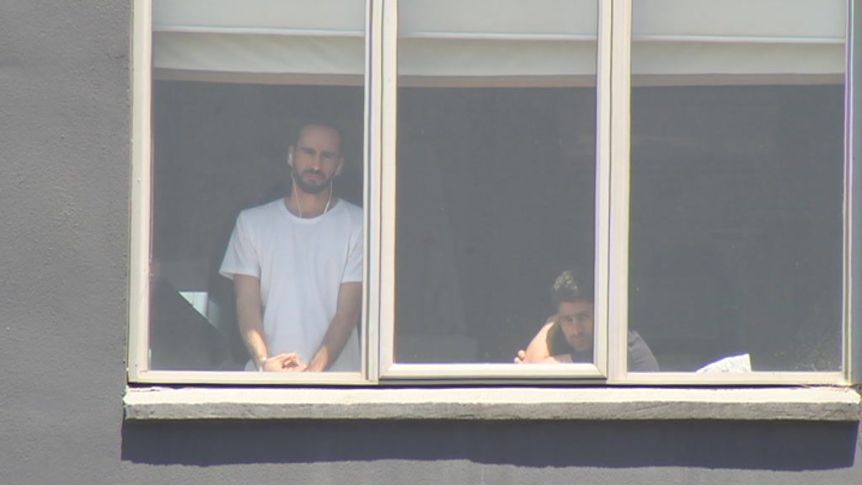 By Sabrin Farooqui and Cian Galea

'No one cares about us', Sabrin Farooqui and Cian Galea on the ongoing struggle for detainees in Alternative Places of Detention (APOD) as COVID-19 reemerges in Australia

In 2013, the Rudd Government resumed the policy of offshore processing for asylum seekers who came to Australia by boat and mandated that these people would never be settled in Australia even if their claims for refugee status were successful. The same year Monirul Jorder, fearing for his life, fled from his home in Bangladesh into Malaysia. He was taken by people smugglers to Indonesia without his knowledge before arriving in Australia by boat in October 2013. He was then taken to the Christmas Island detention centre before being transferred to Manus Island.

As Monirul and the other offshore detainees’ mental health deteriorated, advocates pushed for a law to allow doctors to decide if they should be brought to Australia for medical treatment. The Medevac Bill was passed in March 2019. After 5 years in Manus, Monirul feared deportation when he saw many of his fellow asylum seekers being transferred to the Bomana Immigration Centre in Port Moresby. Bomana is an Australian-funded detention centre which detainees are sent to before they are deported back to the countries they have fled from.

Monirul avoided a transfer to Bomana on account of his physical illness and was brought to the Mantra Hotel, one of the Government’s Alternative Places of Detention (APOD), in November 2019 just before the Government’s repeal of the MedEvac laws. After an initial check-up, Monirul received no further treatment. He needs an essential nasal surgery but can’t see it happening in the foreseeable future.

Monirul has lost connection with his family in Bangladesh, not knowing their whereabouts, and vice versa. In his words – “… my poverty-stricken family must think that I’ll spend the rest of my life in detention centres and won’t be able to contribute. I think they have lost hope about me and moved on…” .  He thinks that he doesn’t exist in their lives anymore and is not sure if he’ll ever be with his family again. He believes most of the detainees are in the same situation as he is. “No one cares about us. Neither our families, nor the Australian government”

Monirul is one of the almost 200 asylum seekers that were brought to Australia prior to the repeal of the Medevac laws. Of those, 120 detainees are currently in a hotel at Kangaroo Point in Brisbane and about 70 detainees are in the Mantra Hotel in Melbourne. These asylum seekers have pleaded to be released during the coronavirus crisis, fearing that the conditions inside the facilities are potential breeding grounds for COVID-19.

During this crisis, detainees are being exposed to dozens of guards which they come into contact with every day. Since these refugees were allowed to be transported to Australia for treatment on the advice of doctors, they are more vulnerable to the virus. In April 2020, during the early phase of crisis, Darebin City Council Mayor Susan Rennie said, “If anyone was to get COVID-19, it would almost certainly mean that it would go through the entire population”. She has been a vocal supporter of these men. Notably, the Mantra Hotel in Melbourne, used as one of the APODs, is located in her local government area.

Speaking from the hotel, Monirul said, “..life in PNG was better. We could move around. Here in Mantra, we are stuck in our room all day. The government ceased all visits and prohibited excursions to the Melbourne Immigration Transit Accommodation detention centre (MITA) to prevent an outbreak. We have limited access to a gym but we don’t go there for the fear of coronavirus. We used to go downstairs for food but with the COVID outbreak, it has been stopped. We are literally confined in one room 24 hours a day. Serco officers deliver food to our room. These officers don’t use any gloves or masks and different officers deliver food every time...”.

Human rights organisations have constantly called on the government to immediately release people from immigration centres across the country. They argue it would reduce the imminent risk of an outbreak inside centres and also the risk of further community transmission. The government have ignored all such calls, including from infectious diseases experts, to release detainees to reduce the risk of an outbreak. With the new spike of Coronavirus cases in Melbourne, it is more important than ever to immediately release detainees like Monirul into safe community accommodation.