Why COVID19 Is a Gendered Crisis 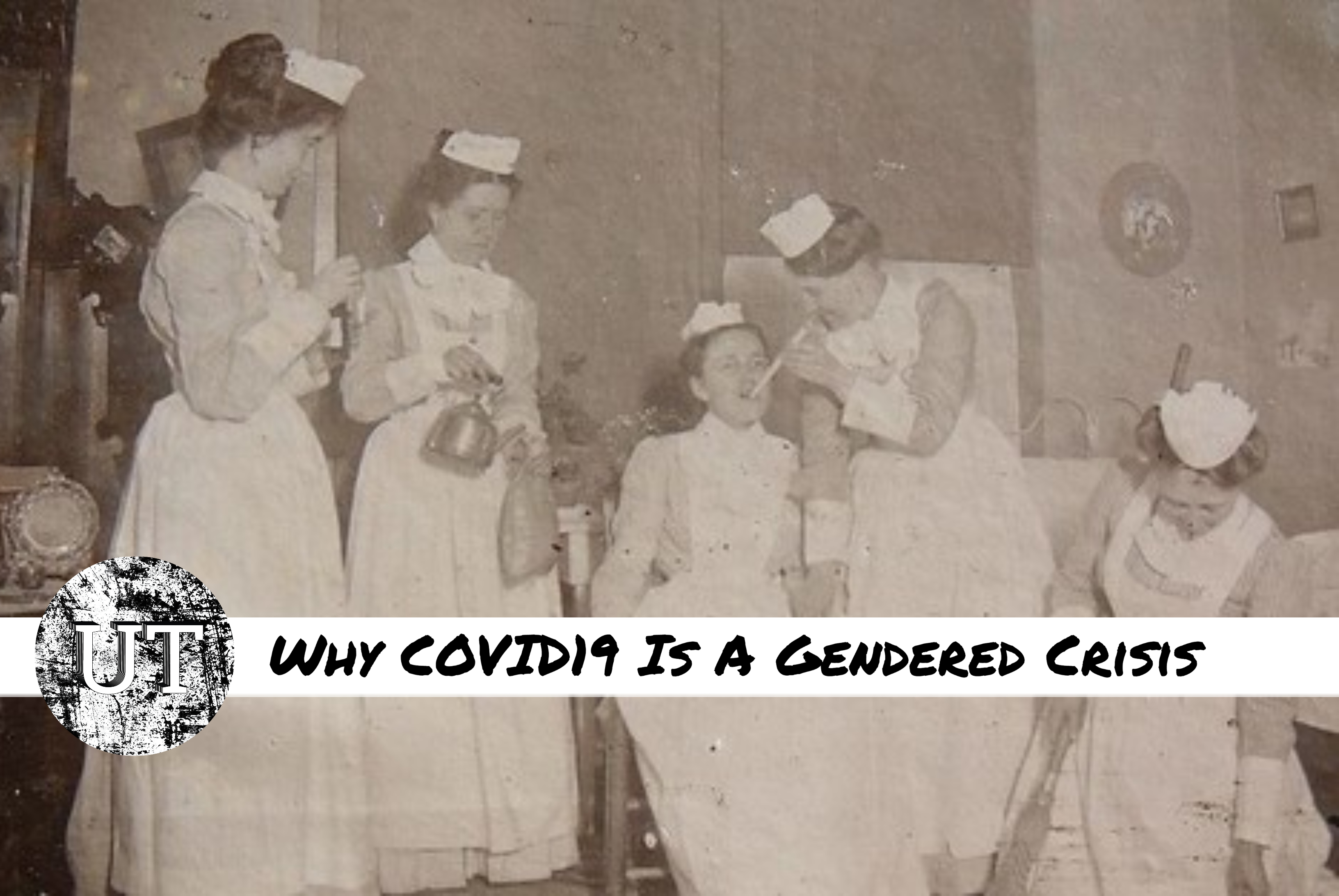 COVID19 Has Exposed The Rotten Core Of Our Economic System

Piece by piece, COVID19 is stripping the Australian economy back to those forms of work we can’t live without: healthcare, aged-care, and education. At the coalface of these industries are hundreds of thousands of underpaid and overburdened workers who are risking their lives to ensure that our society can continue to function during the lockdown. Under normal circumstances, we are encouraged to consider their contributions ‘ancillary’ to the headline indicators of economic prosperity. In the grips of this unprecedented crisis that narrative has become impossible to sustain.

COVID19 has exposed a fundamental flaw in how the free-market attributes value to the lives and occupations of workers. Clearly there is a contradiction between Scott Morrison’s admission that front-line staff are essential to our society and their abysmal wages and working conditions. If nurses and teachers are ‘essential’ but corporate executives are ‘non-essential’, then how can we explain the fact that CEOs earn 78 times more than a typical Australian worker?

I suggest that the key to this contradiction lies in our economy’s bizarre conception of ‘value’ as something which is impartially determined by the supply and demand forces of the market. In this model, wages and working conditions are a direct reflection of the contribution a worker makes to the economy. Bankers and CEOs are well remunerated because their labour is more ‘valuable’ than the typical nurse, child-care worker or teacher. We measure their contribution in terms of how much profit they generate for businesses, stock market gains and GDP.

Naturally the free-market concept of value lends itself to economic policy which privileges the interest of highly paid corporate executives. So long as we accept the idea that they are well remunerated because they generate the maximum amount of value for our economy, it is easy to see why policy makers make decisions that favour their interests. Privatisation, tax cuts and deregulation are one half of this equation. The other half includes measures which suppress the wages and working conditions of those people the free market deems less valuable. The very same people we are now being told are ‘essential’ to our society’s survival.

But is this a reasonable way to determine whether a worker’s occupation makes a valuable contribution to society? Ordinary people intuitively care about healthcare and education much more than the abstract metrics of economic performance like GDP, share prices and corporate profitability. It would seem that there is a disconnect between how the free market and workers measure ‘value’.

Is there A Better Way?

In order to challenge inequality in our society we need to adopt a theory of value which is rooted in the interests of working people not the interests of the free market. In short we need a theory of value which reflects the fact that educators, cleaners, healthcare workers etc are ‘essential’ not ancillary to our society’s well being. This implies that we need to turn our back on the prevailing notion that a person’s contribution to society can be quantified in monetary terms and the profits they generate for big business. Instead we need to ground our concept of value in the contribution that those people make to our society. A labour theory of value helps us do just that. By putting people not profits at the core of ‘value’ we begin to see the economy in a radically different way.

The foundation of the labour theory of value is that profits are generated by the sale of goods and services produced by people. If workers are the people who transform economic resources into these goods and services then the common denominator of all economic activity isn’t some abstract economic indicator like GDP or money but labour itself. The natural extension of this key insight is that the foundation of all the profits, prosperity and wealth in our society are the essential workers who care for and educate workers. Without these people the labour force will be diminished over time either by sickness, poor education and malnourishment.

Likewise, the labour theory of value encourages us to value the contributions of people performing unpaid domestic labour. Just as it is necessary to heal and educate workers in a paid capacity it is necessary to cook, clean, care for family members and raise children privately. Without these unpaid contributions there would be no people to produce the goods and services which are sold to create profits for their employers. Surely no one could claim that work which takes place in the home is not an intrinsic and necessary part of living and yet it is attributed no value by the free market.

A Necessarily Feminist Theory of Value

By denying the centrality of labour to economic production the free market severs the connection between private profits and caring, educating and domestic labour. That is because typically carers, educators and domestic workers do not produce a tangible commodity which can be sold. Healthcare and education are largely public goods, housework is performed for free and despite privatisation of child and aged-care we still typically think of them as ‘non-productive’ forms of work. However, by accepting that labour is the common denominator of value we are forced to acknowledge the essential nature of these contributions. While for the most part ‘essential’ workers do not directly produce saleable commodities they do (re)produce the labour power upon which commodity production depends.

If you’re unfortunate enough to end up in a hospital or if you have a relative in aged-care struggling to fight off COVID19, typically their lives will be in the hands of a woman while that person’s kids are being cared for by another woman at a school or childcare centre. If you have to brave Woolies to buy some groceries during a lockdown chances are you will be served by a woman who has been directed to interact with thousands of potentially infected customers for exploitation wages.

As we mull over this crisis and try to think about what sort of society we want on the other side it is clear that we need to challenge the free market concept of value. We must consider how sustainable it is to structure our society around something which diminishes the forms of work which ordinary people rely on to live fulfilling lives. Adopting a labour theory of value which acknowledges the essentiality of health, education, care and domestic labour is a necessary part of this process. COVID19 has shown us who the real heroes of our society are. It’s important that don’t forget when this crisis is over that when push comes to shove the bankers and corporate elites are ancillary to social life. It’s ordinary people who create the wealth and prosperity of our society and they are entitled to the lion's share of their own hard work.