The Economic Challenge For Labor - Neoliberalism or Bold Reform? 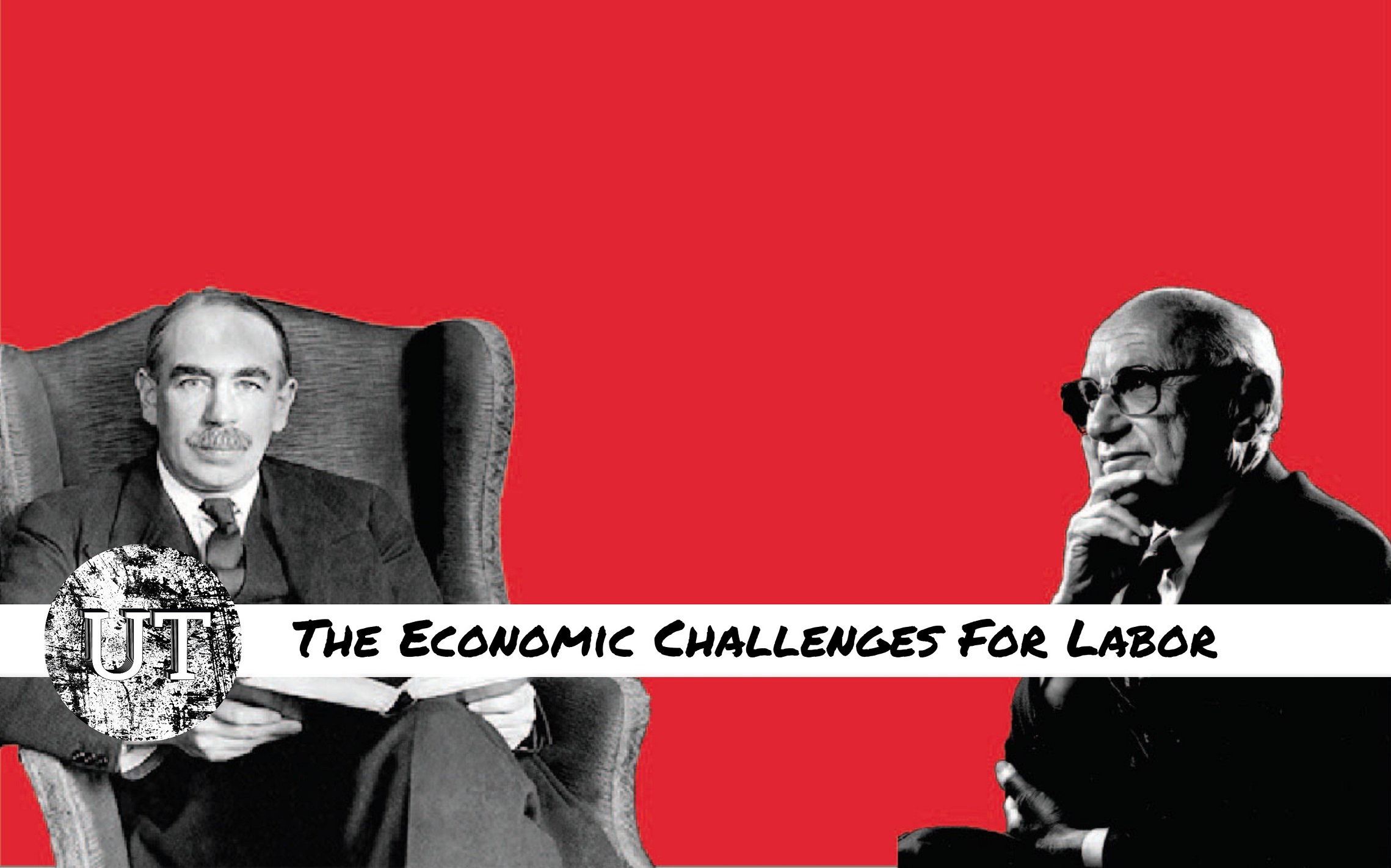 We must never forget that the Coalition represents the class interests of the wealthy minority. They are very clever at hiding this reality and painting Labor as something other than what it should be – the party of the many, not the few. To counter this, Labor needs to win the ideological debate which means making our ideas seem like commonsense.

Richard Is The Senior Vice President of Grayndler FEC

Anthony Albanese told a recent zoom meeting with the Grayndler Federal Electorate Council that he believed that the economy will be the most important issue at the next Federal Election. I agree with this. Labor will indeed need to focus a lot of attention on economic policy.

That being the case, it's important we get it right, both economically and politically. There will be two components to this. One is the policy approach as to how the country emerges from the coronavirus-induced recession. The other is the policy Labor adopts at its forthcoming National Conference and in turn takes to the next election.

There have been contradictory statements from various Labor leadership figures about both.

In response to the recession, Coalition figures such as Josh Frydenburg are obsessing about budget surpluses and advocating austerity measures, such as those adopted by the NSW Liberal government. They argue that it will take years to pay off the debt being incurred. These arguments have been debunked not only by left economists such as Jim Stanford and John Quiggin, but by mainstream economists and former senior public servants such as Michael Keating. These experts have pointed out that, with interest rates so low, debt is the least of our problems, and an obsession with budget surpluses will actually damage the path to recovery. Even Sydney Morning Herald economics editor Ross Gittins, says “... if Scott Morrison lacks the courage to spend as much as is needed – as it seems like he may – he's likely to be kicked out at the next election because we'll still be languishing in a recession that's deeper and longer than it needed to be.”

Yet Labor’s Shadow Treasurer Jim Chalmers has been repeating some of this neoliberal language and the falsehoods about debt in some of his rhetoric. This reflects the fact that this stunted ideology still lingers in some out-of-touch (but unfortunately, influential) corners of the Labor Party. For Labor spokespeople buy into the language of their political opponents is politically dumb. It only goes to validate the Liberals' false arguments and allow them, rather than Labor, to frame the public discourse. On the other hand, other Labor spokespeople have been forthright in calling for an even greater spend on JobKeeper, especially after the $60bn monumental stuff-up was revealed.

Labor's National Conference is expected to be held in December this year and will overhaul the policies Labor took to the 2019 election. Those policies certainly need review and updating. Anthony Albanese has assured the Grayndler FEC that that does not mean that Labor will abandon many of the popular progressive policies taken to that election. Yet there have been reports that suggest that some in the Labor caucus are pushing for reducing spending in what are referred to as “big spending” areas such as health and education. There has to be a pushback against this type of conservative mindset.

I believe that the divide in Labor today is not so much between the “left” and “right” factions as between neoliberals, and social democrats and Keynesians. Democratic socialist policies have a long way to go in Australian Labor. There are neoliberals and opponents of neoliberalism in both the “left” and the “right” factions. In the Labor Party the factional and sub-factional labels are not only meaningless, but even hilarious. “Left”, “right”, “hard” or “soft” - these labels are of no use in working out where someone stands.

The priority at the moment must be to defeat the neoliberals. That means rejecting a fetishisation of budget deficits and austerity. The neoliberals will try to use the present circumstances to argue within the party that the huge amount of government spending to overcome the coronavirus-induced recession means we must retreat from decent social welfare provision and on spending that benefits working people. This is essentially the same argument that the Coalition and its backers in the corporate media will use. It is a losing strategy because when the electorate is presented with the Liberals and Liberal-lite, they'll always go for the real thing. Talk of winding back “big spending” policies in education and health – as though “big spending” is a bad thing – must be rejected. Apart from the ideologues at The Australian and The Australian Financial Review, who would get excited by such policies and be motivated to get out and support Labor?

The reality is that we are now totally reliant on government spending to get us out of the current crisis. Austerity will be disastrous. The coronavirus crisis is leading to a new appreciation of the crucial role of government and public sector workers in our economic system.The coronavirus-induced recession is providing opportunities for Labor to prosecute an anti-austerity case in much more favourable conditions. I am sure the Party membership and the unions understand this. This provides the basis for a strategic coalition within Labor to ensure that the Party doesn't mess things up politically and economically: something a return to neo-liberalism would most certainly do.

When developing policy, Labor must consider what is best for the overwhelming majority of the people. Too often, policies are framed defensively in terms of, “what's the coalition going to say if we adopt such and such a policy?” Instead, we need to consider what is the best policy in the interests of the people and then, how are we going to prosecute these policies to overcome the Coalition's inevitable lies and distortions.

Labor was seared by the 2019 election result and needs to update its policies and approach. It would be a mistake, however, to retreat from policies that were and are actually popular. We need to have our case prepared and be ready to sell our message in a smart way. We must not be afraid to take on and name the corporate class interests that will oppose them. Many of our problems stem from the illusion that we can devise policies that can straddle the class divide. We need to set the debate, not have it set for us.

I would argue that many of our problems over tax policy arise because too often we don't devise these policies with a laser focus on the very wealthiest in our society and beyond. We allow the Coalition to muddy the waters by claiming that our policies will hit the average taxpayer rather than the top echelons. Thus, the very wealthy get to continue their tax minimisation schemes hidden under false accusations that Labor's policies hurt average people.

We must never forget that the Coalition represents the class interests of the wealthy minority. They are very clever at hiding this reality and painting Labor as something other than what it should be – the party of the many, not the few. To counter this, Labor needs to win the ideological debate which means making our ideas seem like commonsense.

It is pleasing that Anthony Albanese has promised a rank-and-file debate leading up to the National Conference in December. I would advocate that all of us should get out of our factional silos and engage in a constructive debate within the Party. The aim should be to develop popular policies that appeal to the electorate, enthuse and inspire the membership and supporters and ultimately win us the election.