Can We Plan the Economy? 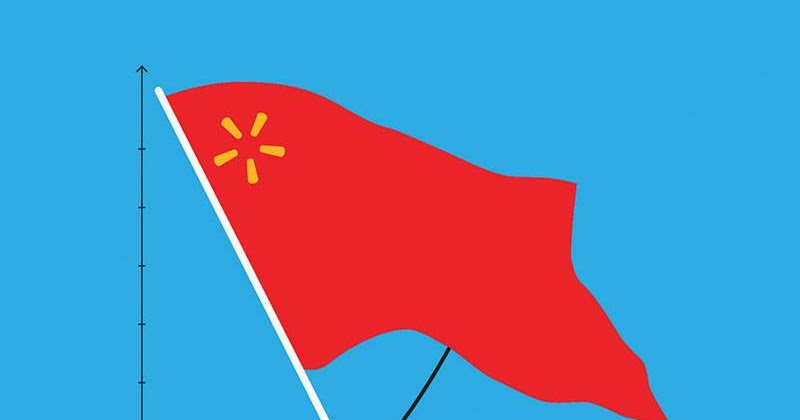 In The People's Rebulic of Walmart: How the World's Biggest Corporations are Laying the Foundations for Socialism, Leigh Phillips and Michal Rozworski ask us to reconsider the possibility of a planned economy by looking at the massive planning operations at the heart of capitalist society

Can and should we plan the economy? Even amongst those of the relatively radical left it has become increasingly fashionable to answer no. The major reason for this, I suspect, is the failure of the Soviet Union and the perception that its shortcomings can be explained largely by its preoccupation with bureaucratic planning - dooming it to a stale and fundamentally cruel economy. Planning, we are led to believe, kills the dynamism necessary for a vibrant economy - those of use who wish to eliminate the worst effects of capitalism must therefore do so by different means. Deprived of centralised planning as a serious way to run the economy, leftists have resorted to various, often vaguely defined, alternatives - such as cooperativism and ‘market socialism’.

The ambitious task of The People’s Republic of Walmart: How the World’s Biggest Corporations are Laying the Foundations of Socialism (from now Walmart) is to reverse this trend, to have us reconsider both the possibility and desirability of asocialist planning. The argument to that end is a simple one: not only is planning on a massive scale possible, it is happening right before our eyes in the massive multinational corporations of contemporary capitalism.  In support of this claim, Walmart details the massive logistical operations that underpin two corporations at the center of the world economy - Walmart and Amazon. Made possible by relatively recent innovations the movements of these corporations, whose worth is comparable to the GDP of the late Soviet Union, are autocratically planned. When your copy of Das Kapital arrives the day after it is ordered it is not because of capitalist competition, but the function of an immensely complicated planned logistical machine at the center of our capitalist economy - ‘islands of tyranny’ in the middle of the free world.

From here Walmart takes us through a combination of well-rehearsed and novel arguments regarding both planning and socialism. We are reminded of the planning inherent in the decision making of index funds; how the innovations of capitalism are often the function of government research labs; that the early Soviet Union lacked democracy, not competition; and that under Khrushchev a relatively desirable form of planning was achieved. Most of these are not new ideas - I suspect most readers familiar with arguments surrounding socialism are aware of them - but they are presented in an accessible and interesting way that makes it difficult to begrudge.

More interesting than these familiar points is the discussion of Cybersyn – a sort of socialist proto-internet developed in Chile during the short reign of Allende in the early 1970s. Before the violent US backed coup that would prove to be on the vanguard of the emerging neoliberal world order, Cybersyn was used by Allende’s government to simultaneously plan and democratize the economy. Developed by British cybernetics consultant Stafford Beer, Cybersyn used a complex series of telex machines to communicate information from the economy to a central control room in Santiago. While the writers of Walmart are careful not to romanticize Cybersyn, they promote it as a model for how a democratised and horizontally organized internet might be used to plan a future socialist economy.

If we take the central premise of Walmart to be true, that planning is not only possible but an ongoing reality of large economies, the question becomes not if we should plan the economy but how we should plan it. Walmart’s answer to this question is simple: planning should be democratic. Exactly what this looks like is, perhaps intentionally, not totally provided within the book. Instead we are told that the question of democracy is an ongoing one – a question socialists must continue to answer as we articulate and implement our vision of the world.

Walmart is an interesting read for any leftist interested in planning as part of a future socialist economy. The extent, or non-extent, to which the economy should be planned is a question too little asked by the contemporary left - if Walmart can reignite a discussion on the subject then it has done us a great service.  It provides a fresh perspective on both its possibility and desirability which will likely challenge many of your assumptions on the subject.

The People's Republic of Walmart: How the World’s Biggest Corporations are Laying the Foundations of Socialism is published by Verso Books. It can be purchased here.