How to Change the ALP: Understanding The Rules 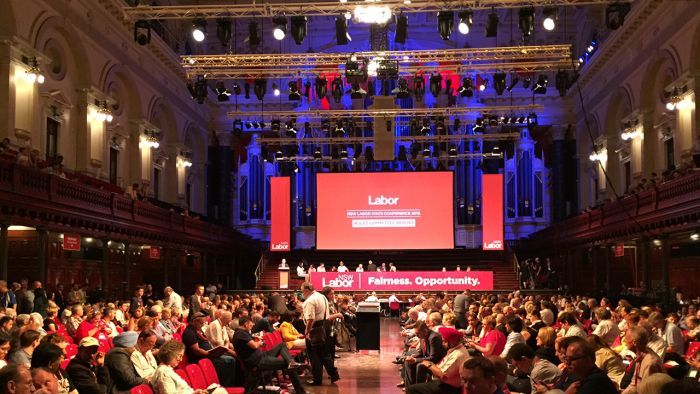 By Shannen Potter and David Pink

The NSW Labor Party Rules can be confusing or arcane to new members, or members who are not used to dealing with them. A solid understanding of the Rules is crucial, however, to effective grassroots organising within the Party because the Rules outline the mechanisms for rank-and-file participation. It is important to increase literacy of the Rules amongst ordinary members. Here Shannen Potter and David Pink explain the basic rules that govern the engagement of rank-and-file members in the ALP.

You are a member of the ALP from the time you pay your membership fee and submit a membership form to Head Office (paper form or online). Your Party card (a red card that says Labor on it, mailed to you by Head Office) is your proof of membership.

You have to renew your membership each year by paying a membership fee. You will be sent a new card with a new date on it each year you do this.

Among other things, membership gives you access to the spaces of the Party: branches, NSW State Conference, and so on.

A branch is a local organisation of Party members. They hold formal meetings as well as social events and so on. You can join any branch within your State electorate, and you can contact Head Office for a list of these branches.

Once you attend a meeting and sign the attendance book, you are a member of a branch.

Branches typically meet once a month. You can move motions through your branch to be sent to Members of Parliament, State Conference, other party units etc. Branches also elect an executive, and delegates to the local State Electorate Council and Federal Electorate Council (SEC and FEC).

Local branches are run by an elected executive, which is elected in an AGM in March each year.

To get a vote in your branch AGM, you must both:

If you don’t attend a meeting between 1 December and 30 November in any given year you lose your membership continuity with the branch, and will have to start over.

Members of the federal and state lower houses are preselected in membership ballots of members living within that state or federal electorate. This is one of the most important powers members in the Party can exercise.

In order to be eligible to vote in a pre-selection, you must:

Decision-making in the ALP

In NSW, the State Conference is the supreme decision-making body. It decides the policy for the State Parliamentary Party, elects the Administrative Committee and other machinery and policy committees, and selects the NSW Legislative Council (Upper House) candidates.

Party units (local branches, SECs and FECs) and unions can pass motions to be submitted and debated at the Conference.

On a federal level, the ALP National Conference plays a similar role to the NSW State Conference. Its make-up is similar, but the rank-and-file delegates are elected directly by Party members in each federal electorate. The fact that delegates to this conference are directly elected, often in close contests, presents an important opportunity for campaigning on important issues such as refugee rights by ordinary Party members.

To change things in the ALP you need to understand the rules.Their arcane design is, perhaps intentionally, a substantial barrier for many rank-and-filers who wish to meaningfully contribute to the Party. Conversely, mastery of the Rules can be massively empowering for ordinary members, and can assist us in successfully navigating the complex decision-making systems in the ALP.