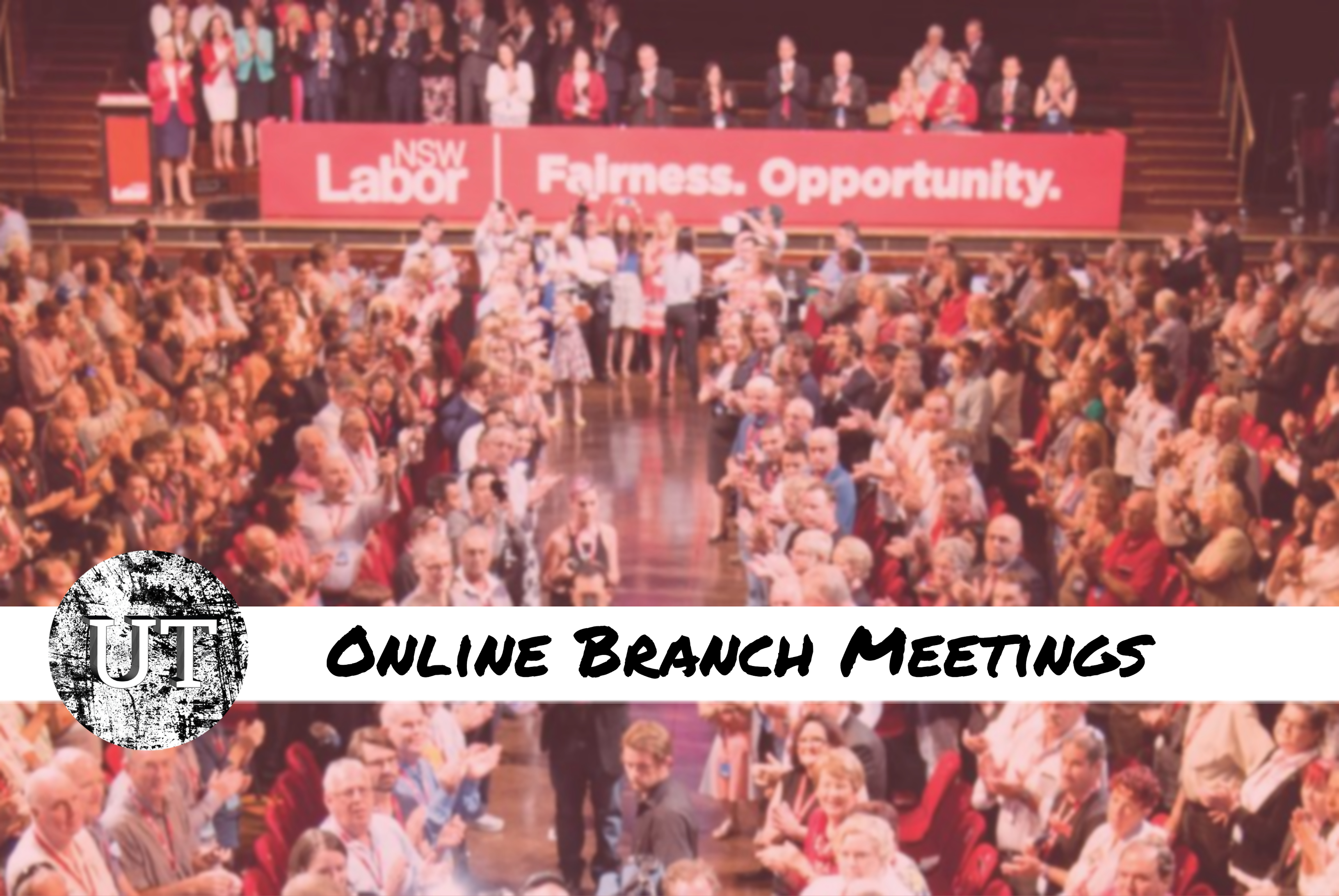 However, since the shut down, online zoom meetings and events started to appear and have been embraced and used by many organisations as a way of people connecting and getting together. These include affiliated unions, the Administrative Committee of the Labor Party, the Labor Caucus, the ACTU, think tanks and even the Parliament of Australia.

The Labor Party continued to meet and function with one important component missing – the members. Some people at the top echelons of the Party who have not been noted as having a great track record in support of democratic practices in the Labor Party, are rejecting constructive proposals to use zoom technology to get Branches functioning again.

Their excuses have become ever more spurious and ludicrous.

“That the NSW Branch notes:

“Therefore, the NSW Branch agrees to allow for Party Units to hold meetings electronically via Zoom (or a similar medium), with the same restrictions on matters to be discussed, subject to the following conditions:

That this process be reviewed at the next NSW Annual Conference.”

This reasonable motion was opposed at the meeting by two politicians who made the unsubstantiated claim that it would somehow disenfranchise a lot of country members who, it was claimed, don't have access to the internet. Yet the evidence from unions is that zoom meetings are extremely popular and have been strongly embraced.

The motion was duly voted down by the anti-democratic ruling group, showing that despite much talk at the time of the Murnain scandal, this group have not changed their spots and still disrespect Party members having a meaningful voice in the Labor Party. Instead of spending their time working on means to involve and activate members, they devote their time to blocking constructive ideas. They are not working on any alternative because they are very content with a silent membership.

This out-of-touch group's vision for the Party is for a top-down, corporate-friendly party with a small, passive membership. The coronavirus has provided, for them, a heaven-sent opportunity to shut the Branches down. This then removes a form of accountability from our parliamentarians and Party leadership.

We need to embrace technology to restore life and democracy in the Labor Party. We should petition the Party but also take the initiative ourselves and make our voices heard.

Given that the ruling group has made it clear that they will continue to resist Party democracy, we should just take it and make our views known to our Labor parliamentarians in the usual ways.

Chris Haviland's motion is widely supported within the Party. We encourage Branches and members to observe the protocols the motion sets out.

Members' voices must be heard!