The Fight for Online Branch Meetings 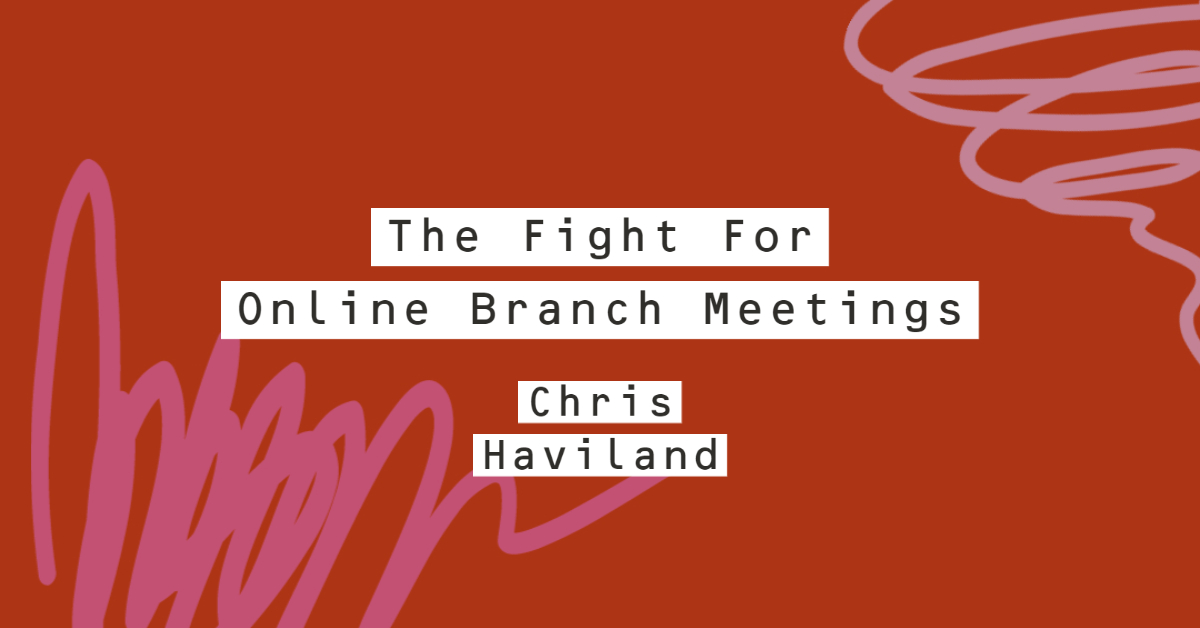 COVID-19 has changed our lives, and brought challenges for everyone. The Labor Party is no exception.

Just as they have for over 60 years, the ruling elites of our Party have again turned their backs on the membership, and the need for more engagement and empowerment of the rank and file. Once again, members need to make their voices heard. The campaign for online branch meetings is just one of many ongoing struggles for rank-and-file participation and engagement.

In March 2020 the NSW Branch, in accordance with health advice, suspended all meetings of Branches, electorate councils and local government committees. However the availability of online technology such as Zoom provided new options for meetings that were soon used by the Party to present online briefings by Shadow Ministers and other guest speakers on policy issues. The Administrative Committee also began to hold meetings via Zoom, as did the National Executive.

Before long, party activists across NSW began calling for online branch meetings to be allowed. Some branches began holding ‘unofficial’ online meetings. I was pessimistic about the likelihood of any change, knowing how change-averse our Party Office, especially the ruling faction, has always been.

But in September 2020, Party Office issued its COVID -19 Control Plan. This plan, approved by the National Executive Committee, which allowed Party Units to resume in-person meetings where possible in COVID safe venues and under strict conditions. However, it was stipulated that attendance at these meetings would not count for branch registration or preselection voting rights. Meetings could only pass motions on policy or administrative matters.

So if even in-person meetings were not going allow people to accrue branch and preselection rights, then why not allow online meetings with the same restrictions? I gave notice of a motion to this effect for the meeting of the Administrative Committee on 9 October 2020. The motion was supported by Left members but unfortunately defeated by the majority Right faction. Clearly there was no enthusiasm for any measure which would enhance rank-and-file participation in our Party.

However, a group of us, now known as the Campaign for Labor Party Democracy, organised a state-wide Zoom meeting to push the case for online meetings. Given that there was no end in sight to the pandemic, we wanted branches to not only have the ability to meet online, but to have full rights of attendance once suitable probity measures and procedures were agreed to. This online meeting was attended by over 200 members, who overwhelmingly endorse our proposals. Our petition calling for online meetings also attracted hundreds of signatures.

In response to this, the Administrative Committee formed a sub-committee to examine the possibility of allowing online meetings. There were encouraging signs when the sub-committee reported back to the February Administrative Committee meeting.  Indeed, that meeting adopted new provisions for the reopening of party units from March 2021 (the AGMs) including the approval of both online and hybrid meetings. It is worth noting that these meetings still did not allow party members to accrue branch and preselection rights.

Notwithstanding this, there were genuine signs that the Rules Committee would examine changes which would provide the necessary procedures and safeguards that would allow the Annual Conference to make rules changes to allow online and indeed hybrid meetings in which attendance, as verified by technology, would allow full registration and preselection rights.

However, the recommendations of the Rules Committee to next Saturday’s Annual Conference (an online event, ironically!) are a bitter disappointment in this regard. If the Conference adopts these recommendations, we will be no further advanced than we were at the start of 2021.

Just as they have for over 60 years, the ruling elites of our Party have again turned their backs on the membership, and the need for more engagement and empowerment of the rank and file. Once again, members need to make their voices heard.

ed a motion calling for a Rules Amendment which provides for online meetings with full rights.

Other Branches passed similar motions in different forms. They were all rejected by the Rules Committee.

Some of the Party Units who passed the motion were: