Education in a Post-COVID World 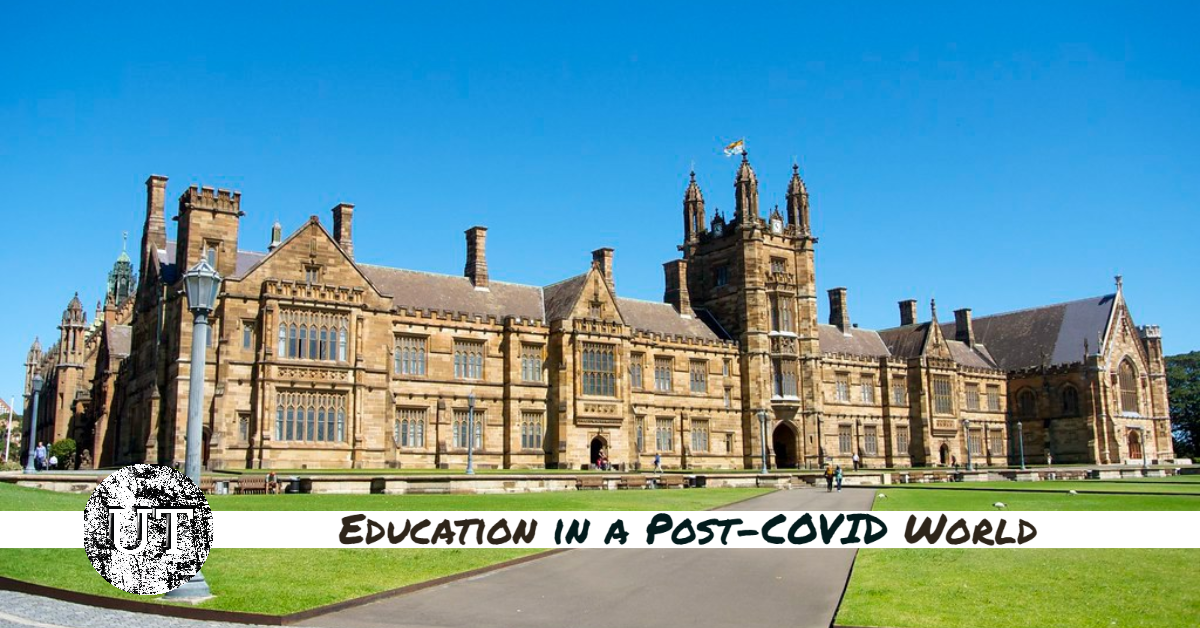 The Coalition's proposed cuts to tertiary education pose a major threat to Australia’s economic recovery from COVID-19 by decreasing public funding in a sector that employs thousands. In the face of increasing economic inequality, further polarisation between working people and those with wealth and power will invariably accompany these exclusionary  policies. Member of the Young Left School Student Network, Katarina Butler, on the future of tertiary education.

It is not, however, just working people who would benefit from a better funded and high quality education system. The irony of Scott Morrison’s erroneous claim that there was never slavery in Australia only one week before announcucg fee increases in history degrees (and all Arts degrees), is palpable.  Ignorance in a leader might be a transitory problem; across a society it’s a  tragedy. We’ve all heard that Arts degrees have doubled in price, and other degrees that encourage critical thinking, such as Law degrees, also faced a significant increase. These changes pose massive problems for ordinary people. It now seems that only the elite can get a degree that will allow them to study the past and create a better future for our society.

The innate classism of these cuts will impact Australia’s cultural landscape for years to come, ensuring that people of low socio-economic status are excluded from conversations about the political future of our nation by their inferior access to education in this arena. Working class people will be relegated to so-called “job-ready” degrees, unable to pursue the same future as their peers solely due to financial concerns.

The fee increases proposed by the Coalition jeopardise the future of Australian academia. Thinly masked claims of increased employability hide the decades of falling government contributions to universities and the research sector. For example, STEM degrees are not increasing in price despite there being very few jobs in the sector, in part to the Liberals slashing of funding to scientific research organisations like the CSIRO. This fundamental contradiction demonstrates an ideological desire for privatisation at the expense of Australia’s next generations.

Tertiary education is Australia’s third-biggest export,after coal and iron. However, the government continues to undermine the importance of the tertiary education sector. Earlier this year, as Australia steadily damaged its relationship with China, Australia was declared an unsafe place to study by the Chinese government. Coupled with the pandemic, an estimated three billion dollars of revenue will be lost across Australian universities, costing jobs and diminishing the academic workforce.

As the Liberals hope to deter people from pursuing ‘unemployable’ degrees (itself a nonsense as Arts graduates have high rates of employment), they stand to irrevocably damage Australia’s reputation as a key source of tertiary education in the Asia-Pacific region, placing jobs at risk. Lecturers hold increasingly precarious positions, expected to lecture to crowded theatres (or zoom meetings), and take on the work of their now redundant tutors, while maintaining their research. Furthermore, universities employ over 125,000 staff across Australia, and as such the proposed cuts will affect the lives of many.

Increased casualisation of the workforce will surely be exacerbated by these cuts, as in 2019 twenty-three percent of university educators were classified fractional full time according to the Department of Education, Skills and Employment. How can we expect educators to maintain their quality of teaching as they are subject to increasingly uncertain policies?

It is undoubted that these fee increases will touch the lives of all students, regardless of faculty. Proposed fee increases are not the most sinister part of this package. The Australian government is also significantly decreasing its per-student contribution across the board. While attempting to push degrees in allied health, engineering, science and mathematics, the government will cut their resources by up to thirty percent as part of proposed changes.

The infuriating fact that many members of Parliament attended university free of charge as a result of Whitlam-era reforms shows the deep disconnect between the Government and the lives of young people.  The underlying threat of these changes is not only a significant increase in HECs debt for students, but also burgeoning unemployment, a decreased academic sector and an increased gap between the rich and the poor. The only thing that has pulled us out of recession and unemployment in the past is increased public spending. Considering the economic turbulence predicted in the wake of the COVID-19 pandemic, surely universities are a worthwhile starting point.

The Young Labor School Students Network held a panel on the possibility of free tertiary education as a means to economic recovery this June. We heard from former National Tertiary Educators Union president Jeannie Rea as she explained the wide-reaching benefits of fee-free higher education. Dr Gareth Bryant, political economy lecturer at the University of Sydney discussed the impacts of increased public spending in the university sector – for workers and for students. David Pink recounted his successful campaign against Abbot-era reforms as USYD SRC president in 2013.

We concluded that Labor must oppose the fee increases in Parliament. We must increase public spending, prevent privatisation and protect jobs. Our path to economic recovery can and should include free tertiary education.