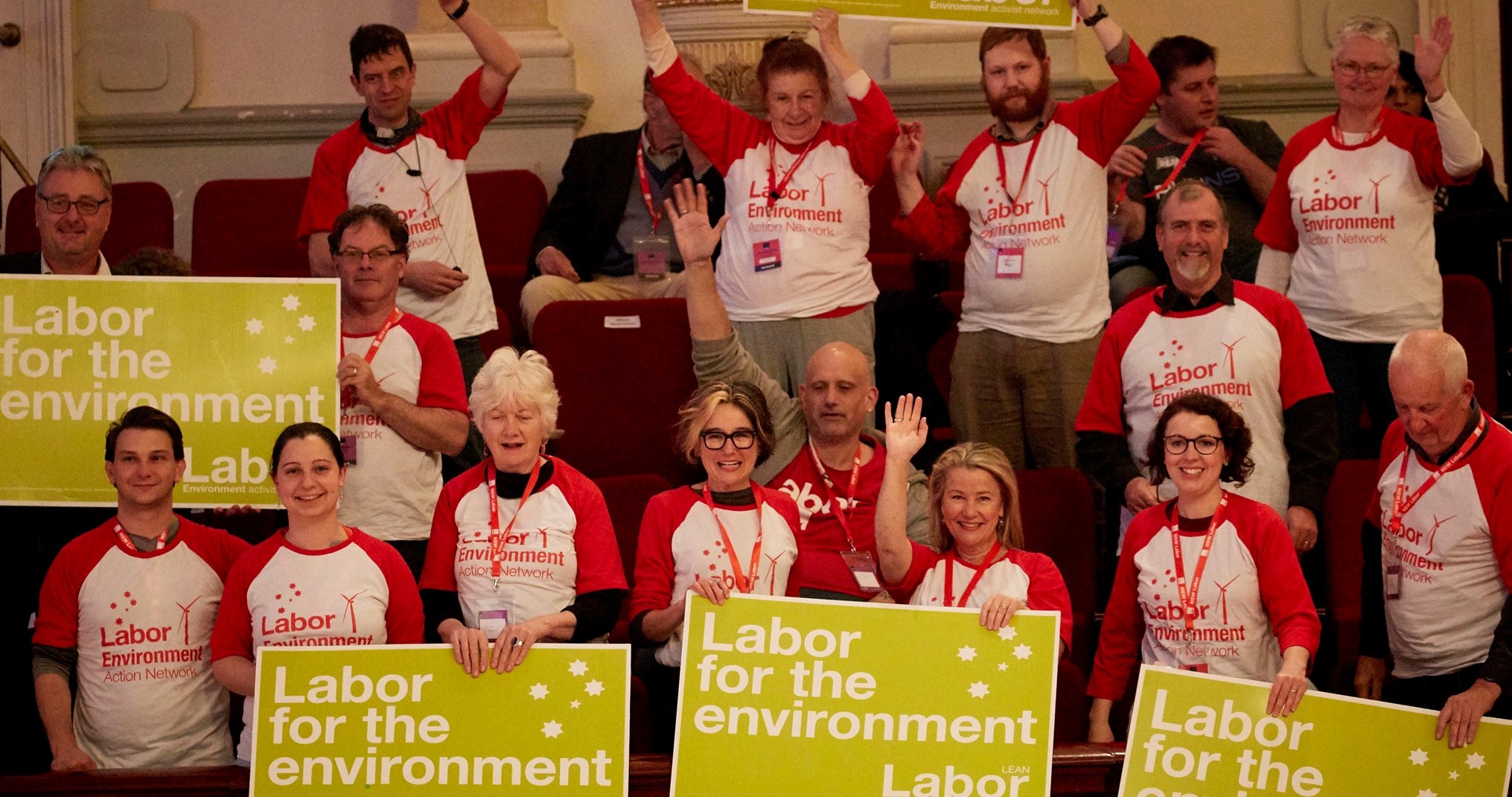 Australia's national environment law is up for review. While that may sound dry -  which it is -  these laws underpin Australia's entire approach to managing the environment. Of all the environmental challenges facing us, most are rooted in these laws' inability to adequately do their job. LEAN is asking Labor members to get active to ensure Labor defends its legacy on the environment as the Morrison Government seeks to hand our shared natural heritage over to the interests of capital.

Most Australians assume their governments are looking after the environment. Research shows that while most people are distracted with pressing everyday concerns and don't think too much about it, they know there are laws to protect our natural heritage and assume they are effective. When thousands of fish died in the Murray-Darling from want of oxygen a couple of summers ago, the nation was horrified and aghast that governments could let it come to this. And it remains hard to believe the regular news that koalas are set to go extinct in NSW by 2050.  How could that be? Could our governments be so careless?

The answer is yes. The laws that underpin environmental governance in Australia are clearly failing. The national environment law, the Environment Protection and Biodiversity Conservation (EPBC) Act is at the centre of this failure and is up for a once in a decade statutory review of its effectiveness. The Morrison Government appointed former ACCC Graeme Samuel to conduct the review and his interim report was released a couple of weeks ago. You can read the Executive Summary here.

As many will know, LEAN campaigned across the Labor party over the last few years on the importance of improving our environmental laws.  500 sub branches of the party supported our call for “stronger, smarter, simpler” environment laws. The campaign’s core premise was that the only way to arrest environmental decline in Australia was for the Commonwealth to re-embrace environmental leadership, as was the case under the Whitlam/Fraser/Hawke governments but has been lost under the inadequate EPBC. Federal Labor leadership on the environment delivered protection for the Franklin river, Kakadu and the ancient forests of the Daintree. It also delivered ground breaking systemic responses such as Bob Hawke's Resource Assessment Commission which was founded at the same time as the Industry Commission (precursor to the Productivity Commission), and given the task of properly considering and investigating key resource debates and advising governments on the national interest.

The good news is that thanks to thousands of Labor rank and file supporting the LEAN environment laws campaign, endorsing it through branch motions and advocating with party leadership, the National Conference adopted a clear set of principles to underpin our approach to environmental law reform. You can read the relevant paragraphs here. These can guide the party as we now consider the Samuel review and the Government's proposed reforms.

The other good news is that any proposed changes to the Act must be passed by Parliament. So Labor's position matters!

We need your help now to remind the Federal Parliamentary party that we have unequivocal positions on environmental law reform embedded in our party's 'policy bible', the National Platform. These were established through a genuine democratic process and as rank and file members relying on that democratic process, we expect the parliamentary party to respect it and build its approach to the current reform process on the principles of the National Platform.

This is as much about Labor listening to its members and respecting its democratic processes as the environment.

It is important to note that LEAN's campaign has always supported the need for the environment laws to provide greater certainty and clarity for business. During a time of major economic challenge in this COVID world no-one wants to defend inefficient and cumbersome processes.  The Morrison Government came out immediately after the interim report's release and cherry picked the bits that will deliver for business at the expense of the environment. The good news is that if we strengthen and clarify the laws' environmental outcomes and build institutions that can efficiently administer the law, business will benefit through speed, clarity and certainty while also improving environmental outcomes.

LEAN is about defending and building Labor's environmental legacy. We think this is essential (but not easy!) for a social democratic party in the 21st century. But we are also about the importance of rank and file engagement in setting the direction for the party and enlivening its future, so please support us by taking one of the actions below - talking to our MPs and Senators and asking them to stand up in caucus and call for Labor to defend Australia's environment as outlined in the National Platform.

Join LEAN's Emergency Meeting on Environment Laws next Tuesday, August 4, 7-8. Together and state by state Labor activists will write letters and work together to defend environmental regulation. Register here

Or write or ring your local MP or Senator yourself.  See the guide letter here

For more information - Samuel's proposed new architecture for the Act has three core principles, all of which Labor's Platform has a position on: Read the explainer on the LEAN website